I have built a new website which incorporates a blog.

Bits and bobs from a weekend not yet done. 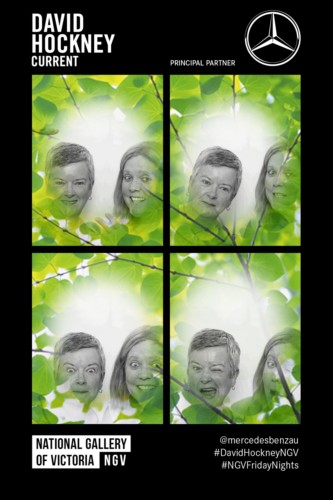 So, perhaps we didn't quite nail this one, but it was still fun. 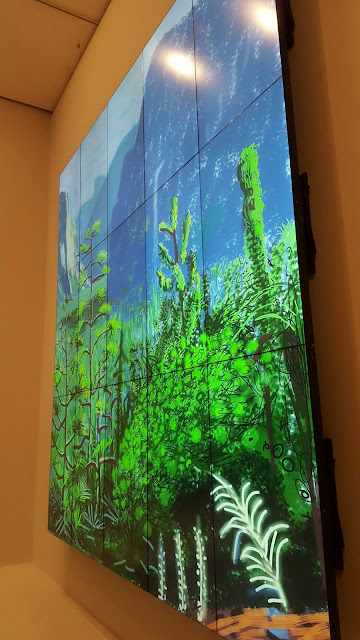 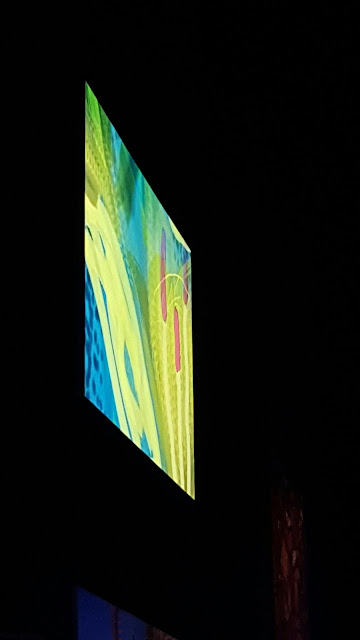 And there was more of it, projected on the dark walls of the Great Hall as Amanda Palmer sang to a packed and adoring crowd. 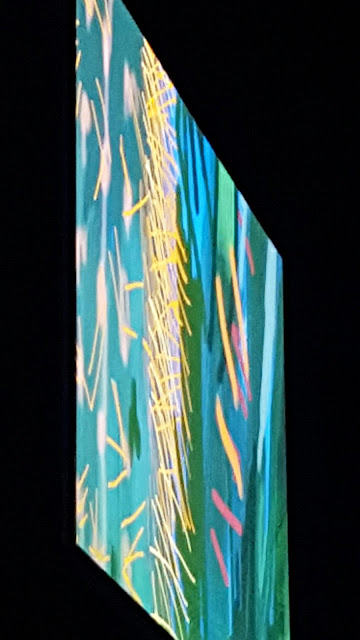 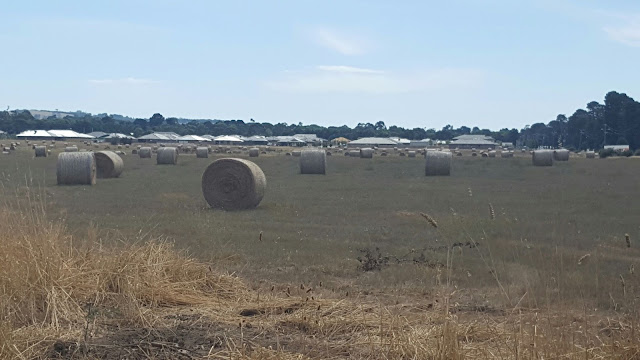 And now for something completely different. I loved the way the paddock of bales gave way to a sea of colourbond rooves. 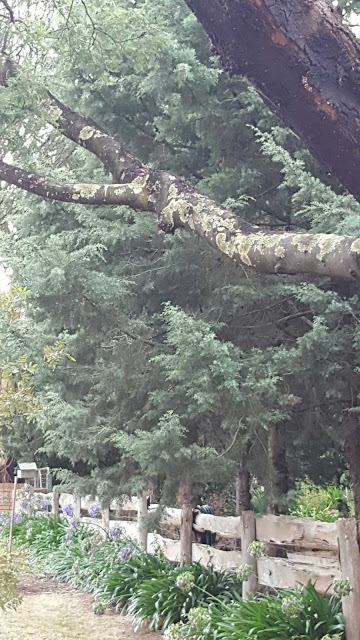 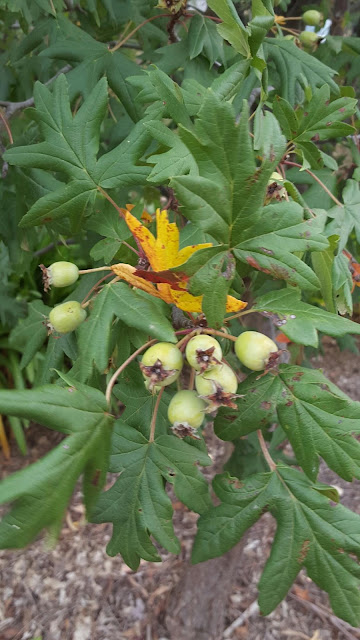 Don't know what this tree is, but I like it. 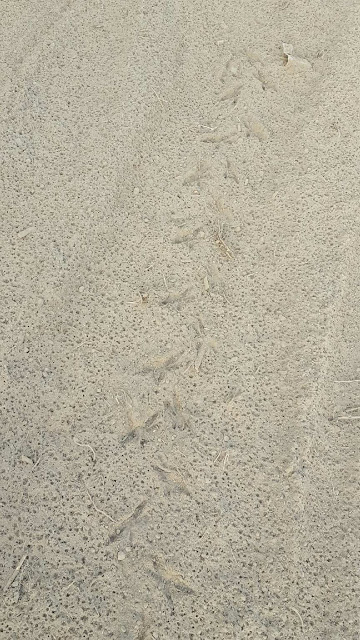 Next door, preparations are underway for more building. The ground is like moon dust, light and it fluffed into the air as we stepped through. Not these birds though, their footsteps captured clearly. As were the few raindrops. 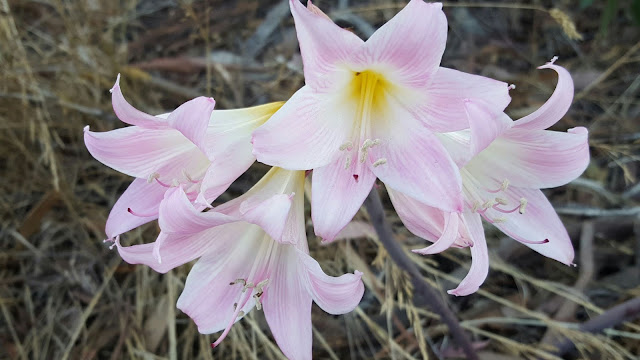 These nerines hint at a previous dwelling, although all other traces are gone. I love how nerines push up these showy flowers before the leaves shoot. 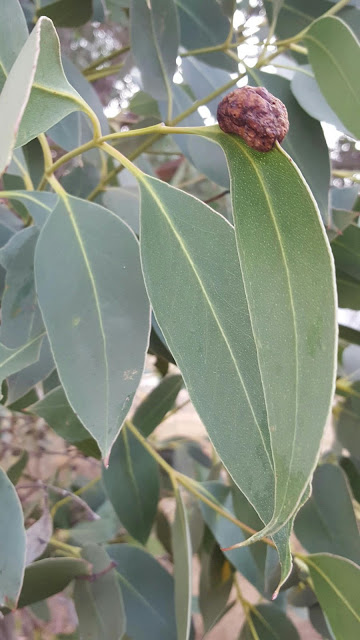 The growth on this leave was brain shaped, and so far, wasn't affecting the leaf.

a woman stops, props
nearly drops a box
- it's half her size
adjusted, she takes a couple of steps
then props again
and again

I think of offering her a lift
pause to risk assess it.
the passenger in the car behind
winds down her window
wan a lift?
I'm okay
she clearly isn't
no, c'mon ...
you're going the other way
we can do a blockie ...
mumble
the girl gets out
driver flips the boot
and the girl reaches
to carry half the weight

the lights change
and I feel like someone has ripped out
the final pages of my novel
Posted by Claire at 17:40 No comments: 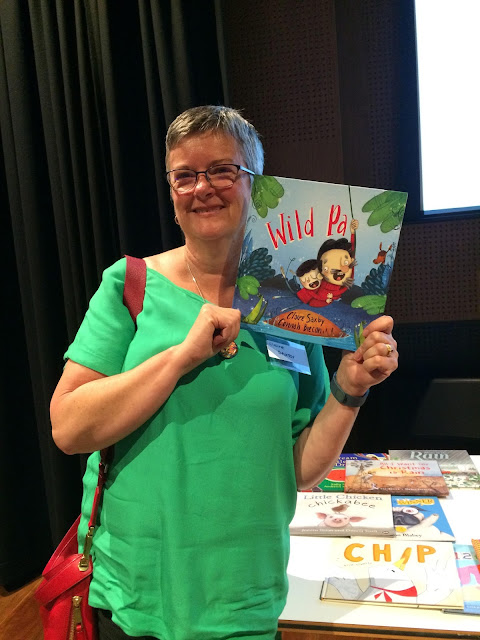 This is the face you make when a book you wrote, illustrated by a clever clogs like Connah (Brecon), and published by the wonderful team at Random House Kids is included on the CBCA Notable list for 2017.

It feels pretty good.
Posted by Claire at 22:43 No comments:

What a glorious day for a trip to the south west! A group of us ventured west to Barwon Park Mansion at Winchelsea to see a fabulous exhibition of frocks!

The mansion is well worth a visit whether or not there are frocks to be seen, but having visited to see the Dressmaker Exhibition, we knew the combination would be a winner. And it was.

I've only included a few shots, because you need to see the real thing. Because: 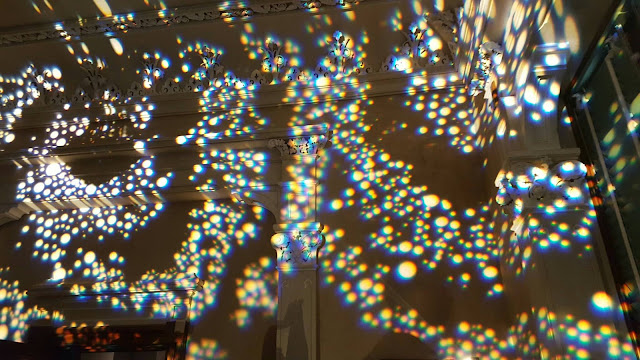 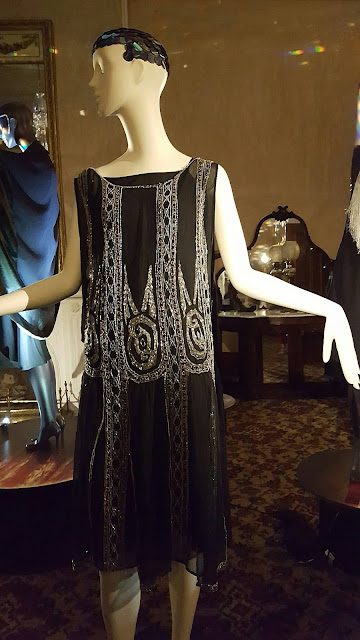 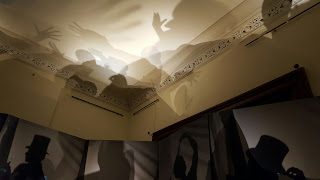 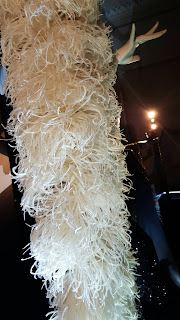 So, I got the day right.
And the show
Perhaps, I got the time wrong ...
So there we were in town, with a few hours up our sleeves.
We had a leisurely lunch ... 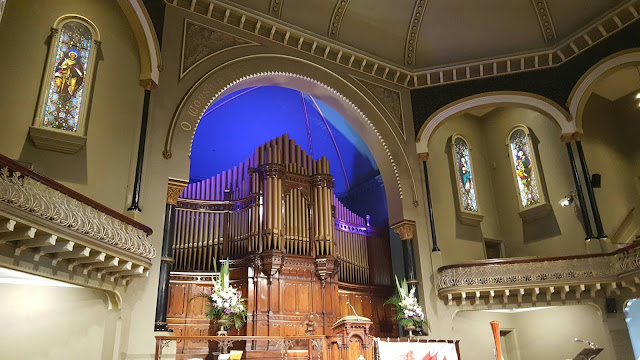 ... then we crashed a choir festival. Well, a collection of choirs really, as part of an annual celebration of St David's Day (a couple of days early). There were Welsh men's choirs, and choirs of young people. Five choirs in all. And a harpist, and a Welsh soloist and a Welsh conductor. 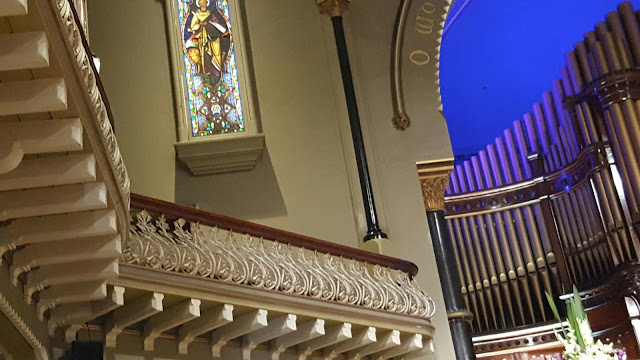 The church was almost round, and the acoustics wonderful. The harpist was delightful and played longer than the program indicated - surprising everyone, including the conductor. 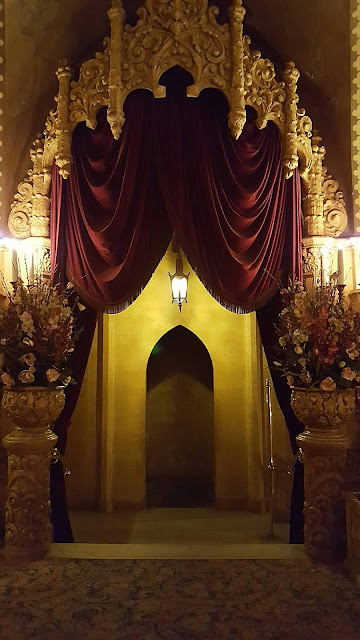 But finally it was time for the show. Is there anywhere in Melbourne that can beat the Regent Theatre for opulence?
Okay, there is that gothic interior that's now a bank.
And the Manchester Unity Building exterior.
But ... 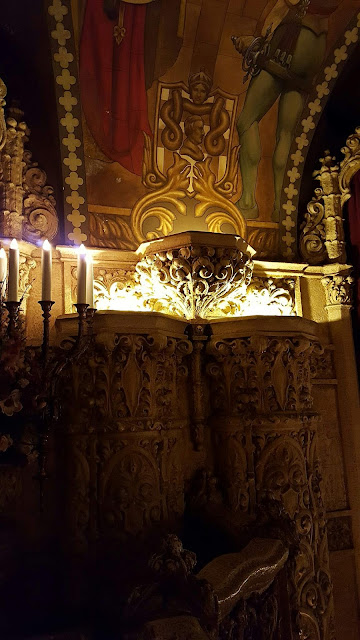 Too much is never enough. 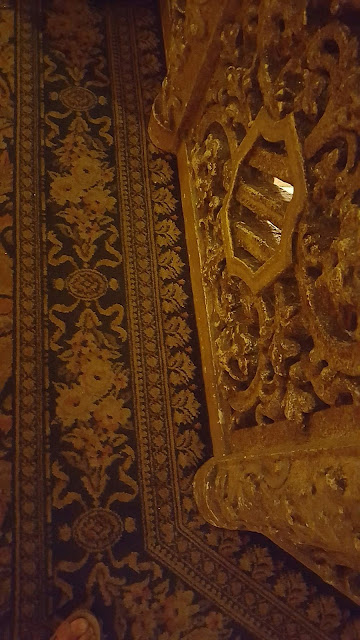 Sometimes it was hard to know where the floor ended and the balcony railings began. 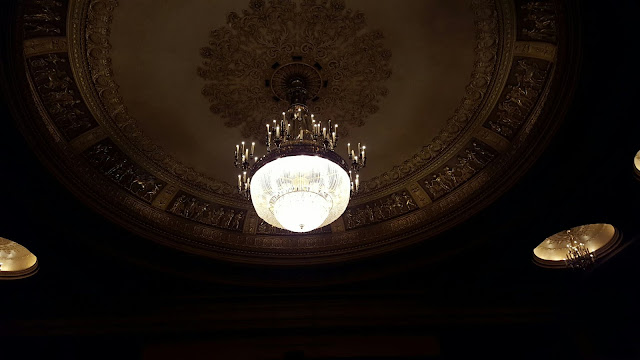 The central chandelier was alright too.
As was 'Ladies in Black', the show we'd arrived twice to see.
No one in our seats the second time ... 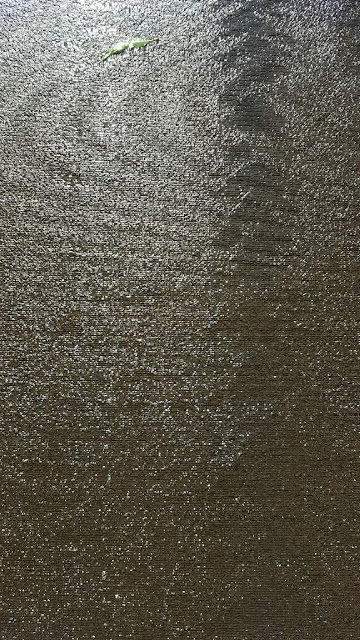 And on the way to the station, a close up of the sparkling water wall that will disappear from City Square shortly to make way for underground rail upgrades. I love that you can stick a leaf on the wall and it will stay put.
Posted by Claire at 17:47 No comments:

Of the day
the music
the snacks
the cuppa

the challenge
the list
the month
the poem
Posted by Claire at 10:28 No comments:

Claire
I'm an Australian children's writer. If you'd like to see some of my books, and other things I do, please take a look at my website.